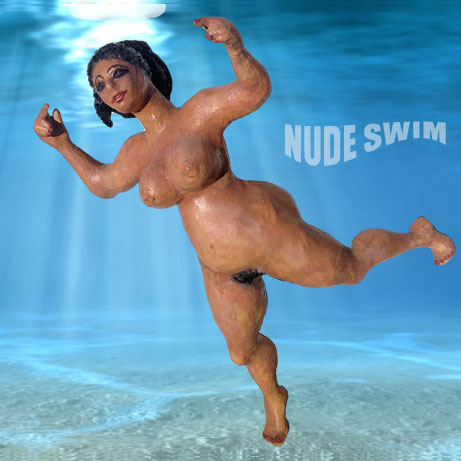 Nude Swim launched my career in  papier-mâché . Freed from the demands of a difficult work-a-day job, I felt light as a feather and compelled to create. What emerged was a series of voluptuous nudes swimming through my “underwater” cactus garden. The title refers to a now-defunct practice called Nude Swim, which happened to be on Wednesday nights at the YWCA in Cambridge, MA. Because it was all women, nude swiming was deemed OK, at least once a week. A friend of mine used to participate and said it was a little weird seeing these big boobs coming at her through her goggles. I don’t think Nude Swim exists any more. Pity. Nothing is more liberating than swimming nude without having to feel naked. The nudes themselves are reminiscent of fertility goddesses at play. 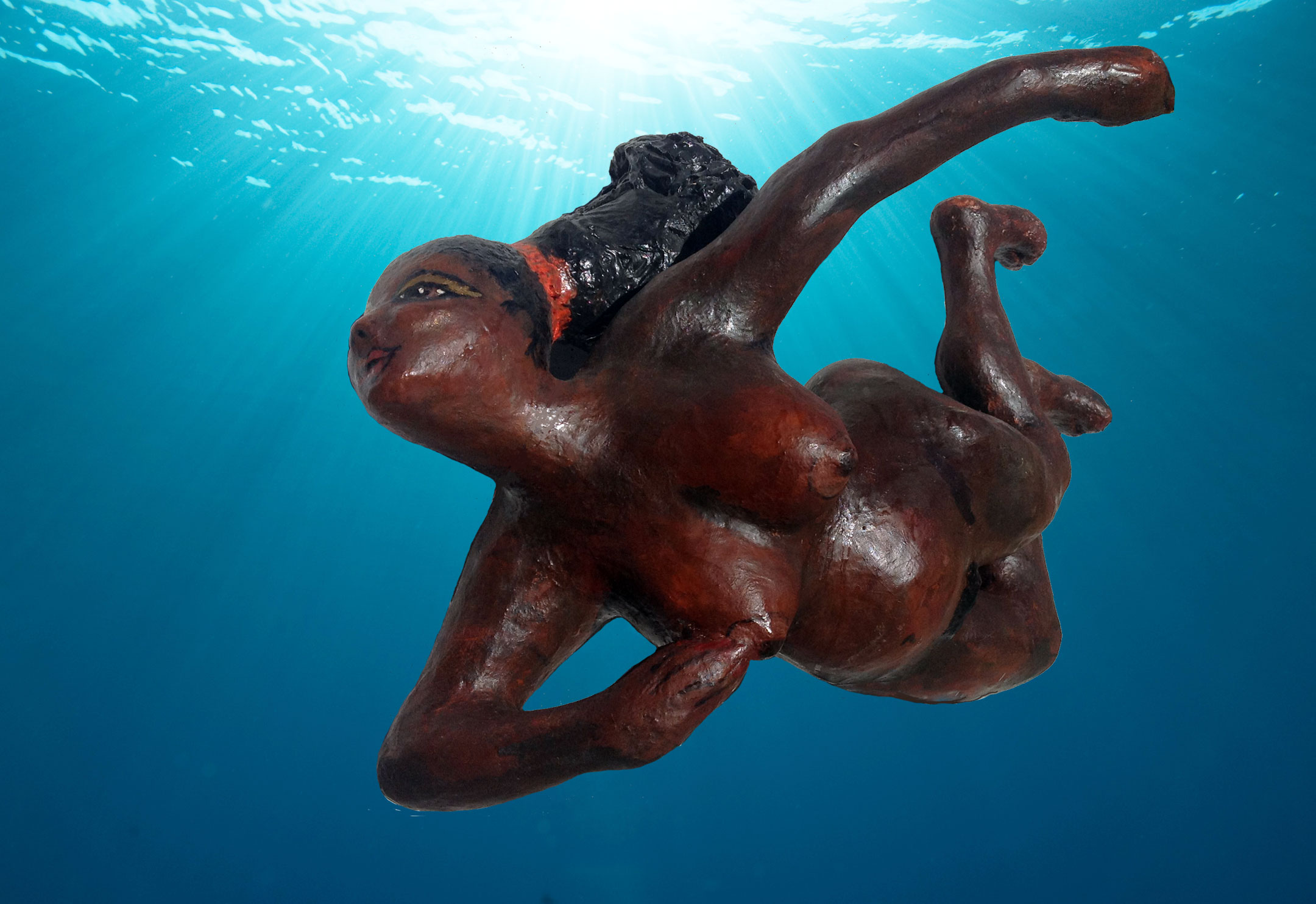 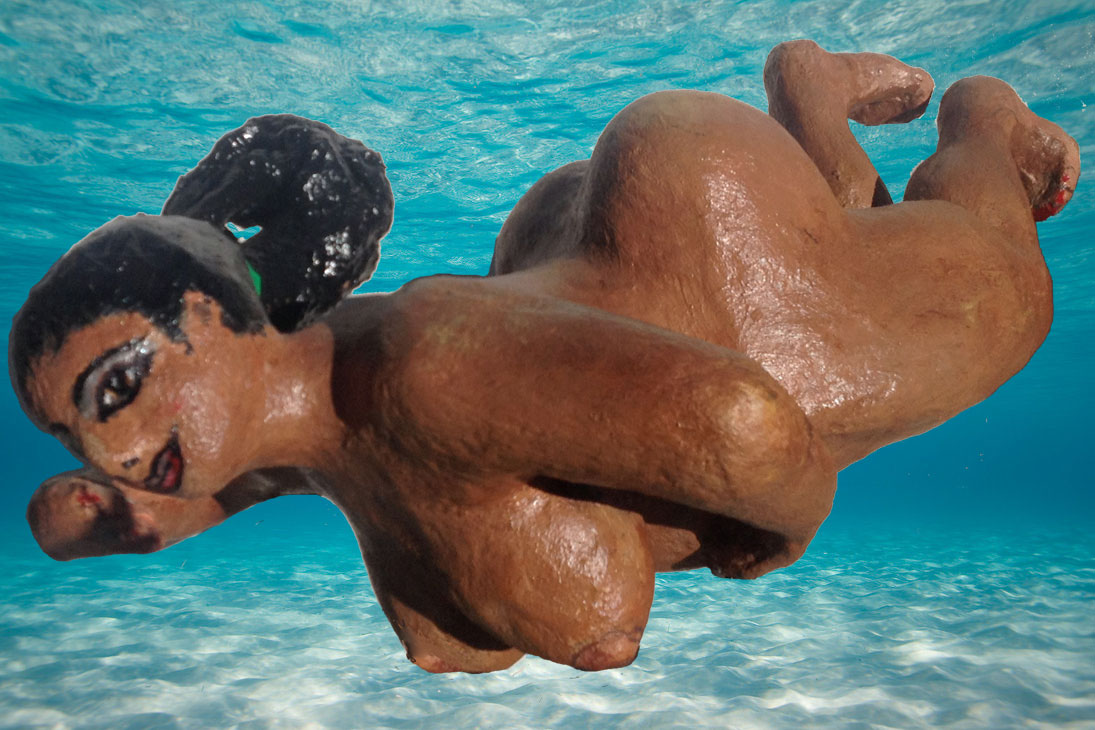 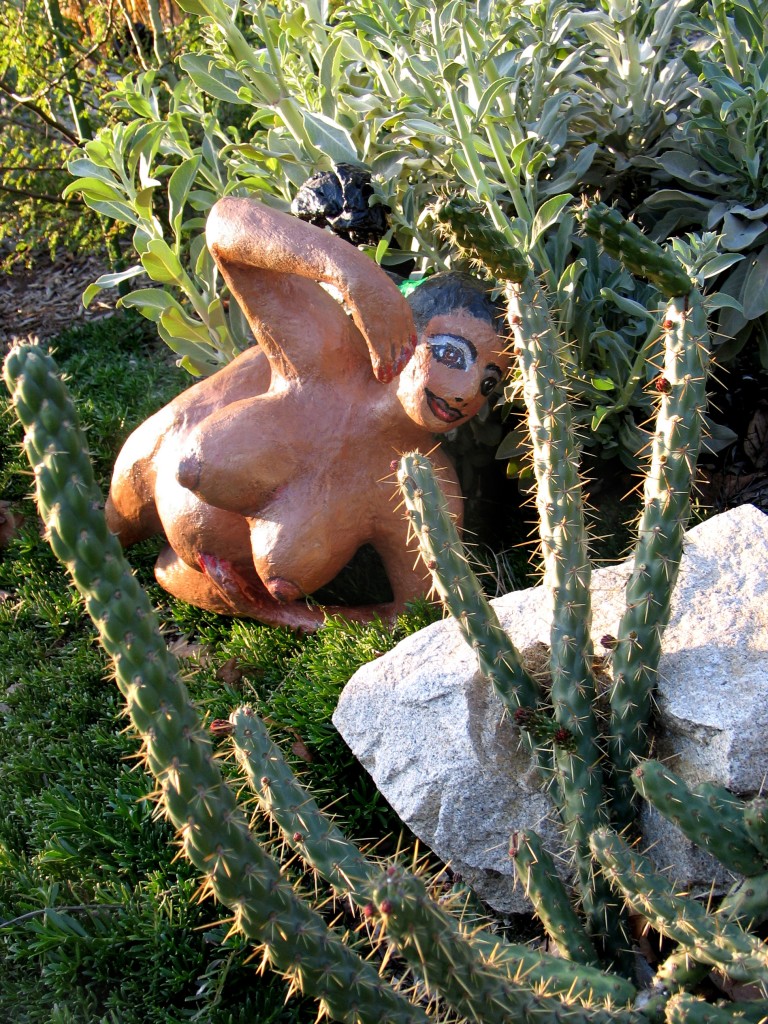 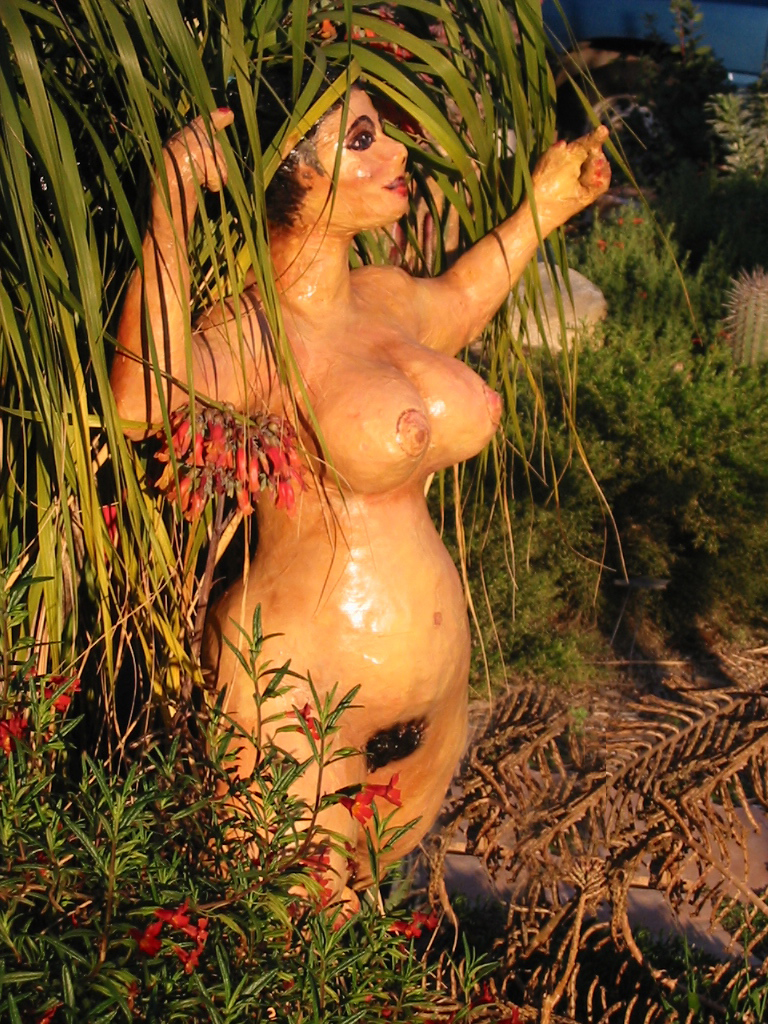 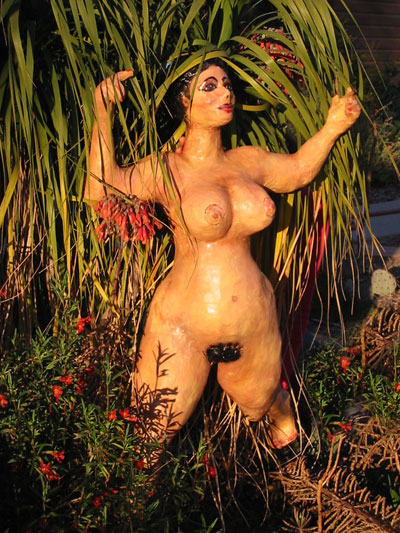